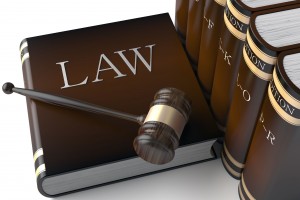 Consider if you will that you are the mayor or chief of police of a major city in the United States. Your unquestioned legal responsibility is to provide safety and security to your citizens. In reality, however, you have sub-contracted this protection to the federal government and its various agencies. The safety of your citizens is now in the hands of people who do not live in your city and whose first responsibility is to the entire nation, rather than your city. Nonetheless, you still have a job to do.

Terrorism and tactical violence incidents are first and foremost a crime. This means that law enforcement agencies are directly involved in every aspect of the terrorism response continuum. Law enforcement has the responsibility of crisis management (use of intelligence information and planning to prevent/interdict terrorism) and consequence management (emergency measures during an evolving terrorism/tactical violence incident). In essence, law enforcement is usually the first agency to arrive at a terrorism incident and the last agency to leave. Investigations and evidence collection can take several months (or years).

Terrorism and tactical violence incidents present a myriad of challenges for law enforcement officers. First, the officers will confront a violent, dangerous, and unstable scene that can kill them. Secondly, officers may face new chemical, biological, and radioactive threats with little (or no) protective equipment or training. Lastly, a successful attack will result in mass casualties and multiple fatalities. This requires that officers provide adequate support to EMS, fire/rescue agencies, public health, and hospitals.

The reality of an organized and non-domestic terrorist attack on American soil became all too apparent on September 11, 2001. In the aftermath of those terrorist attacks, local law enforcements agencies have had to focus on conducting threat assessments pertaining to the critical infrastructures within their area of responsibility and control. The threat advisories issued by the United States Government have played a major role at the local level, as law enforcement finds itself dealing with critical infrastructure threats assessments and planning for possible terrorist attacks. It has become very clear that the responsibility for the protection of citizens rests with our local law enforcement agencies. Therefore, the treat advisories that are issued by the United States Government sources are critical in determining the way local law enforcement reacts to those threats, and prepares to protect its citizens, critical locations and systems.

One of the items that came out of the Major Cities Chiefs Association (MCC) ICC conference on counter-terrorism (CT) awareness and response was the need to identify law enforcement training requisites in the post-9/11 world. This is significant. We cannot train too much or take training for granted. Nothing works better than Communication, Coordination, and Training.

The Vonfrederick Group’s team of experts will provide the necessary training on law enforcement responsibilities before, during, and after a terrorist attack, but most importantly, training on how to survive these unpredictable events. Additionally, the training will include The Cultures of Terror: An understanding of the individual and collective behavior of terrorists. This would include a history, past, present and future, the social, political and religious mores that establish belief and sponsor action against citizens of the United States and the world.

We have over fifty years of military, terrorism, security, corporate, … END_OF_DOCUMENT_TOKEN_TO_BE_REPLACED