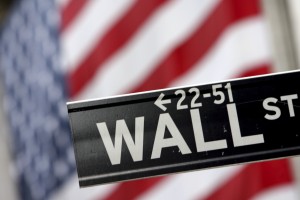 As stated before, it is common knowledge among terrorists, that violating the economy of the United States could bring the country to its knees. This was the impetus for their corporate terrorism attacks on the World Trade Center in 1993 and again in 2001. It is not over; there are many more attacks being planned, and we have to be correct 100 percent of the time whereas the terrorist only needs to be correct once.

The corporate world survives much like the human body. Red blood cells carry much needed oxygen to all parts of the body through an intricate circulatory system. Similarly, businesses and corporations survive on the delivery of raw materials, goods, services, and customers supplied through our complex transportation systems or supply lines. In addition, postal systems and Internet communications are just as critical in delivering customers dollars to corporate America. Domestic and international corporate terrorism attacks on corporate America have targeted all aspects of this corporate body. None, however, have been so devastating as the strike to the heart of corporate America (Lt. Inderbitzen, Modesto P.D.)

The World Trade Center was the center of corporate America, the epitome of a country built on the freedom of individuals to succeed. Terrorists disagree so adamantly with the American way of life that, the magnitude of innocent lives lost equated to them a great victory against this super power.

The Bank of New York reported in October 2001 that system failures and loss of business related to the disaster, shaved third-quarter earnings by 37 percent, or $140 million. And that figure does not even begin to address the hundreds of million of dollars in lost trade for the bank’s customers, while the communications system sat idle. Smaller and less publicized versions of systems failures occurred. These failures impacted virtually every company affected by the events in lower Manhattan, including businesses operating as far away as Silicon Valley that could not get the raw materials they needed to produce their products. Companies had spent millions on contingency plans, disaster recovery schemes, and risk management techniques only to discover that in the face of a real catastrophe, they simply hadn’t planned for the worst (Rothfeder, 2001).

However, not all terrorist attacks are generated internationally. Many groups within our own society perform acts of terror against other members, groups, and businesses on our shores (Lori Balon, UOP, 2004).

There have been many attacks on corporate America ranging from product tampering to sending deadly bacteria through the mail. In 1982, seven people in Chicago died from ingesting cyanide laced Tylenol. As a result, Johnson and Johnson suffered severe hardship. This incident started the trend toward tamper proof packaging and safety seals on products.

Anthrax, an animal disease, has been around for tens of thousands of years. The germ is a bacterium called Bacillus Anthracis that seeds itself by forming long lasting spores. These spores, which can survive the environment for a long time, are most often ingested by grass eating animals. Human anthrax is a rare disease, but in October of 2001, anthrax was the cause of death for two postal workers in the U.S. capitol. This incident had, and still continues to have, a major impact on corporate America as well as public safety personnel and the populace.

Officials in New York City wanted commuters to stay alert in the days approaching the two-year anniversary of the September 11 attack on the World Trade Center. Officials announced they had picked up increased intelligence regarding a possible Al Qaeda plot to organize and prepare massive attacks using poisoned gas or chemicals in the subway systems of New York City (Guaba, 2003). The fear, of course, was an attack similar to the one in Japan in 1995 where Sarin Gas killed twelve people and panicked millions.

One of the more recent terrorist attacks was the car dealership fire and vandalism of vehicles in Los Angeles (August, 2003). Dozens of Hummers and other SUV’s were set ablaze and vehicles there were painted with slogans such as ‘Fat, Lazy Americans,’ and ‘SUV’s suck.’ The environmental group responsible was the Earth Liberation Front, also known as ELF. This is a known domestic and international underground organization that uses direct action in the form of economic sabotage to stop the perceived exploitation and destruction of the natural environment (Balon, 2004).

Consider this. If these plans are being forged as you read, can you imagine what would happen to corporate America, if corporate terrorism should:

We have over fifty years of military, terrorism, security, corporate, … END_OF_DOCUMENT_TOKEN_TO_BE_REPLACED