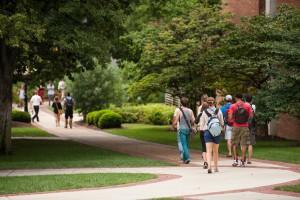 Schools and campuses are violent places. In 2000, the Bureau of Justice Statistics reported an estimated 600,000 students were victims of violent crimes (Reid, 2001). Students from low-income backgrounds expressed more fear of being victimized but were not victimized more frequently than middle and upper income students. Studies show that students in private schools express less fear of violence than those in public schools but that, overall, 15 % of students report that some of their classmates belong to gangs. Today, not only do we as a society have to confront the threats of school shootings, and other forms of school violence, we now have to confront the impending threats of terrorist attacks on our students, teachers, and school. The Chechen terrorist assault on the school in Breslan, Russia, where over 300 children and teachers were massacred, should be a wake-up call for all educators.

Danny Tanoos, superintendent of the Vigo County School Corporation in Terre Haut, Ind., said, “The 9/11 tragedy changed the way educators address school safety. We have planned for terrible events like school shootings, but we must now plan for attacks that can take place from terrorists from outside of our cities and even our great nation”. Sean Burke, president of the National Association of School Resource Officers (NASRO), stresses that the terrorist threat to schools should not be taken lightly. “I think that terrorism poses a greater threat to our schools than Americans realize. Nothing would strike terror in the hearts of Americans more than an attack specifically designed to harm our children”. In a July 2002 survey, of a total of 658 school-based officers, 95% felt that their schools were vulnerable to a terrorist attack and 79% felt that schools within their districts were not adequately prepared for such an attack (School Planning & Management, 2004).

What better place to find a pedestrian crowd than a college campus? Students, staff members, and visitors are numerous and often unknown to one another. They converge at high density, often on foot and riding bicycles, with cars limited to the fringes of the campus. They are diverse in origins and interests. High-rise buildings are used for dormitories, classrooms, and offices housing thousands of innocent people. Virtually all parts of campus are accessible to all other parts, like the downtown of a convergent city. Crowds of people flow in and out of buildings which contain many goods suitable for theft or malicious intent, including property belonging to the school, its employees and its students. Many schools have chemicals and biological experiments with easy access. Students are at an age of high risk of victimization also, with alcohol playing a large role. If a student could walk into a classroom and murder his or her professor (and it has been done before), try to imagine how easy it would be for a terrorist to massacre students and professors at a football game, or in the classrooms, the dormitories, the student union, the quad or on school transportation. Now, try to imagine explaining what you did to prepare for this carnage to the media and parents.

We have over fifty years of military, terrorism, security, corporate, … END_OF_DOCUMENT_TOKEN_TO_BE_REPLACED