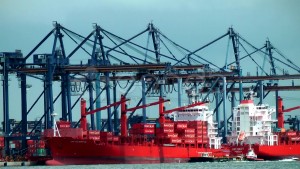 In the past five years, our nation has experienced a serious threat in maritime terrorism. On October 12, 2000, the U.S. destroyer, USS Cole, was refueling in Aden, Yemen. A small boat filled with explosives rammed the port side of the ship. The explosion blew a forty-foot hole in the side of the ship, killing seventeen soldiers, and injuring forty others. More maritime terrorism occurred on October 2, 2002, the oil tanker, Limburg, was at the mouth of the Red Sea, near Yemen, when a small boat crashed into the side of the tanker. The explosion killed one crew member and sent more than 90,000 barrels of oil pouring into the Gulf of Aden. Reports have shown the year 2002 having the highest impact of pirate attacks, with estimated financial losses of over sixty percent, equating to $16 billion. Most of these maritime terrorism attacks occur in Asian waters and the surrounding areas of Indonesia (Brandon, 2002).

According to the International Maritime Bureau (IMB) of the International Chamber of Commerce, annual reports from 1998, 1999, and 2000, have shown a dramatic increase in the number of reported incidents of piracy and armed robbery against ships in waters in Southeast Asia and in Indonesian waters (Beckman, 2002). Unfortunately, many of these incidents involve criminal highjackings and international organized crime (Beckman, 2002), (Julie Ullrich, UOP, 2004).

Why use the sea? What is it about the ocean that attracts the eye of the terrorist? When one looks at the world trade, the answer becomes fairly obvious. Over 90% of the world’s trade moves by container. Approximately 200 million cargo containers move among major seaports annually. Almost half of incoming trade (by value) to the U.S. arrives by ship. The U.S. remains the epicenter of international maritime trade, with more than 6 million containers, 40 percent of the world’s maritime cargo, entering American ports annually. Almost two-thirds of these containers are shipped from twenty ports around the world (Darvis, 2002).

Ocean going vessels are of special concern. Container ships alone bring 16 million boxcar-sized containers to U.S. ports, and 95 percent of them are unloaded without ever being inspected (Richard, 2004). In addition, various types of weaponry and nuclear devices are transported via cargo ships. This alone should prove to anyone that our sea is a likely target for terrorists.

Assume there was a successful terrorist attack that crippled several of our ports. The economic downfall would be tremendous. For example, in September 2002, the longshoremen in California went on strike. As a result, the major operations of twenty-nine west coast ports were shut down. After eleven days, economists estimated the cost to the economy to be more than $10 billion (Sanger and Greenhouse, 2002). Imagine the effect on the economy if these same ports were severely damaged by terrorists’ activities. (Lt. Balentine, Modesto P. D., 2004)

We have 361 ports, 95,000 miles of navigable waterways, and 20,000 oceangoing vessels to worry about. If that is not enough, what about oil refineries, nuclear-power plants, liquid-natural gas facilities, and hazardous materials stored along our waterways?

What about commuter ferries in Seattle, New York, and elsewhere, that takes travelers back and forth, or barges and cargo ships that moves across our waterways? What about oceangoing tankers, and freighters that transport everything from oil and fertilizer, to automobiles and humans?

Although airline security and suicide bombings must remain a very deep concern, our government and business leaders must be aware of the increasing threat of maritime terrorism. The potential for devastation is enormous, and cannot be taken lightly. As with most things in life, the past can be a valid predictor of the future.

We have over fifty years of military, terrorism, security, corporate, … END_OF_DOCUMENT_TOKEN_TO_BE_REPLACED