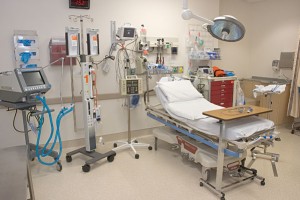 During the months of October and November 2001, The Centers For Disease Control and Prevention (CDC) reported as many as 23 cases of anthrax exposure (Bell, et al., 2002; CDC, 2001). Prior to these anthrax-related events, it was suggested that few hospitals in the United States had a disaster plan specific to mass exposures to a biological agent (Macintyre, et al., 2001; Wetter, et al., 2001). Many reports have indicated the need to examine the current levels of first responders’ preparation, i.e., hospital emergency rooms and medical clinics, but most specifically, the need to examine the level of training required to recognize a biological event. Additionally, medical personnel should know where to access the necessary support, equipment, and advise for such a response (Hoffman, 2000, et al., 2000).

Some large metropolitan cities, such as New York City, have conducted specific drills to respond to biological terrorism. Results of these drills indicated that improvements were needed in the medical system to attend to mass biological exposure victims, including decontamination, triage and the psychological effects on staff and the public. On September 11, 2001, New York City was forced to test its health care system’s ability to respond to a massive casualty terrorist event when two hijacked commercial jet airlines crashed into the two largest towers of the World Trade Center.

Because prevention may not always be possible, early detection of a biological outbreak/bombing of a hospital facility, and immediate response, are significant components of a concise training and education preparation program at the community level.

The VonFrederick Group has facilitated training for nurses in the Sacramento area, and has been at the forefront of training and education preparedness against terrorism. The staff of The VonFrederick Group is uniquely qualified to conduct such training, in that each member has extensive field experience and possess terminal degrees (doctorates, medical degrees, juries doctorates, etc.).

We have over fifty years of military, terrorism, security, corporate, … END_OF_DOCUMENT_TOKEN_TO_BE_REPLACED