It seems repetitive but the topic of the absolute lunacy demonstrated by liberals keeps resurfacing. They do not realize that we are involved in a fight for our very survival and must be victorious to ensure a quality life for posterity. One has to wonder in what fantasy world these mental midgets live.

A pragmatic analysis would lead anyone with the ability for critical thought to conclude we need to support a strategy for victory, not defeat. Consider the defeat we suffered in the Vietnam experience.

After the war Ho Chi Min admitted they were defeated in the 1968 Tet Offensive but did not surrender due to the anti-war movement in the U.S. and the protests were a major source of moral support. On 08/03/95 former NVA Col. Bui Tin told the Wall Street Journal the American peace movement was essential to their victory and visits to Hanoi by people like Jane Fonda and Ramsey Clark gave them confidence that they should hold on in the face of battlefield reverses.

Now compare these historical events with the present day War on Terrorism. END_OF_DOCUMENT_TOKEN_TO_BE_REPLACED

It does not surprise me when liberals respond to ideological challenges with simple name calling or combine a few liberal talking points to make a phrase or sentence complete with misspelled words and void of facts. So I offer another challenge to liberals to defend pathetic liberal comments.

After President Bush’s radio broadcast Saturday morning liberal democrats trotted out Senator Diane Feinstein and in true liberal form put Iraq on notice to get their house in order. The lofty, narcissistic liberal senator advised the people of America and Iraq that three years is much too long for this war to have lasted, that we are frustrated with the lack of improvement in Iraqi political process and they must quickly provide for equal representation for the Sunni, Kurds and Shiites and blah, blah, blah. END_OF_DOCUMENT_TOKEN_TO_BE_REPLACED 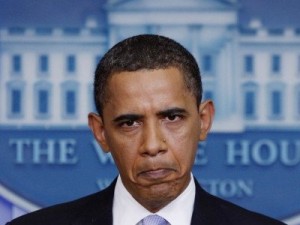 To those with knowledge of history prior to this moment and have the ability to view events with critical thought, find liberals only provide comic relief. Liberal’s narcissistic beliefs and moral superiority causes them to make fools of themselves day in and day out. It would be funnier if it weren’t so scary. Think about it, these people could regain power. Adolf Hitler, the essence of evil, once said, “What good fortune for the government that the people do not think.”

Presidential hopeful, Senator Hillary Rodham Clinton acclaimed by liberals to be the smartest woman in the world, hopes Hitler’s comment is relevant to the American electorate. Hills’, as doting fans call her, has taken the liberal media lead to attempt to politicize the trivial Cheney accidental shooting as a major event. Clinton, ignoring her history, trots out into the public forum to attack Cheney and Bush’s management of the event, like she has room to talk. END_OF_DOCUMENT_TOKEN_TO_BE_REPLACED

We have over fifty years of military, terrorism, security, corporate, … END_OF_DOCUMENT_TOKEN_TO_BE_REPLACED